Gayle was walking in Makati (Philippines) when I met her. She was wearing a blue top, grey skinny jeans, and dark blue sandals. Her complements were a grey handbag, a fine necklace, and big sunglasses. 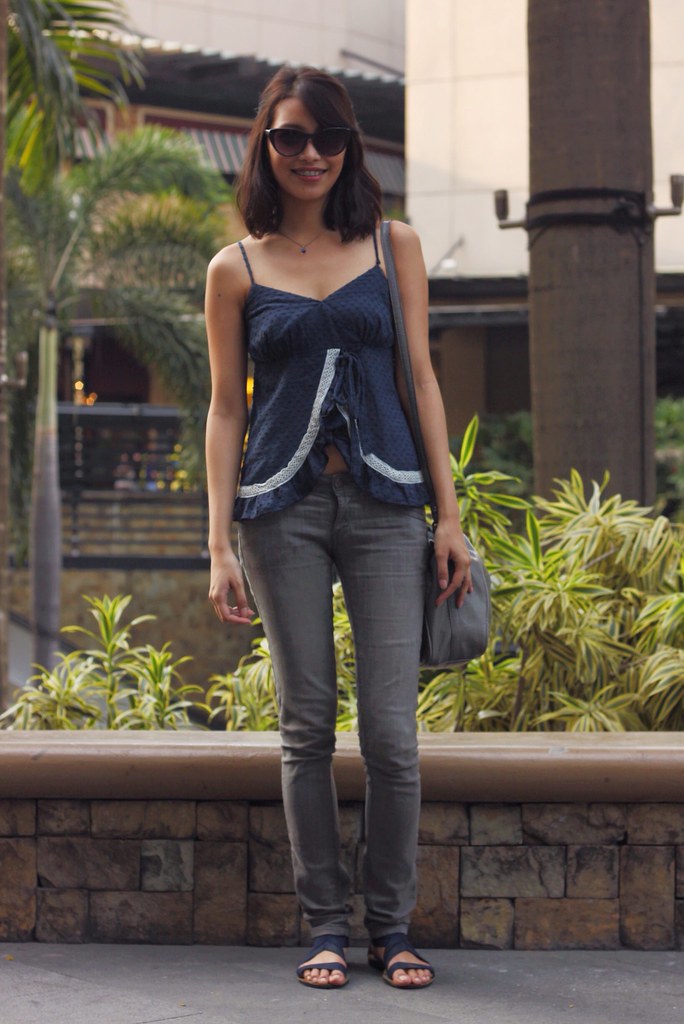 張米䅠 is a 18 years old student that was walking with a friend (who will also star a post soon) by the streets of the Zhongxiao Dunhua area when I met her.

She was wearing a denim jacket over a black turtleneck cropped top, black leggings, and black ankle boots. Her complements were a red watch and a studded backpack that she bought in Korea. 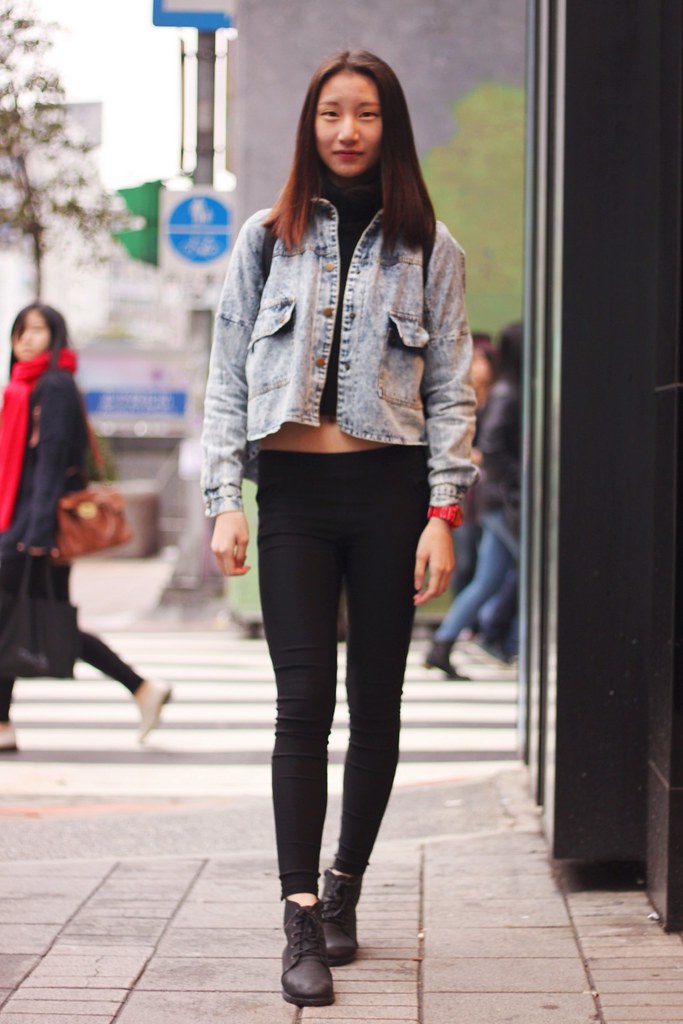 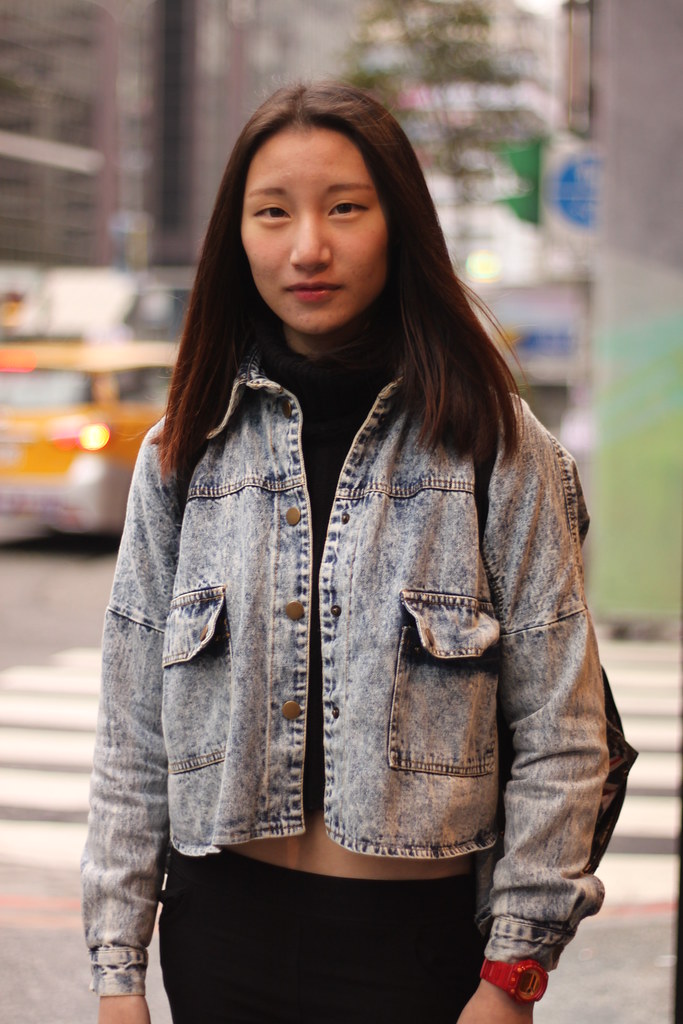 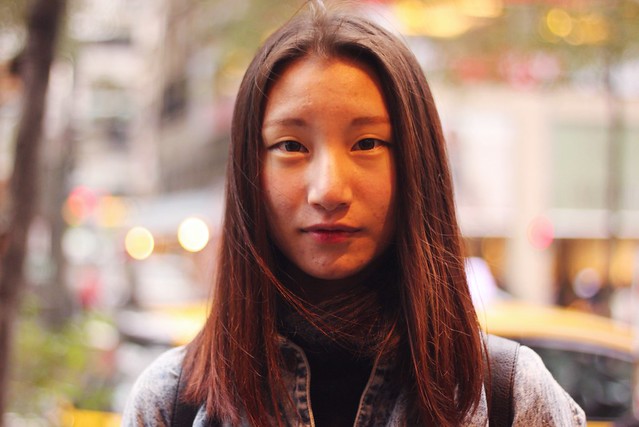 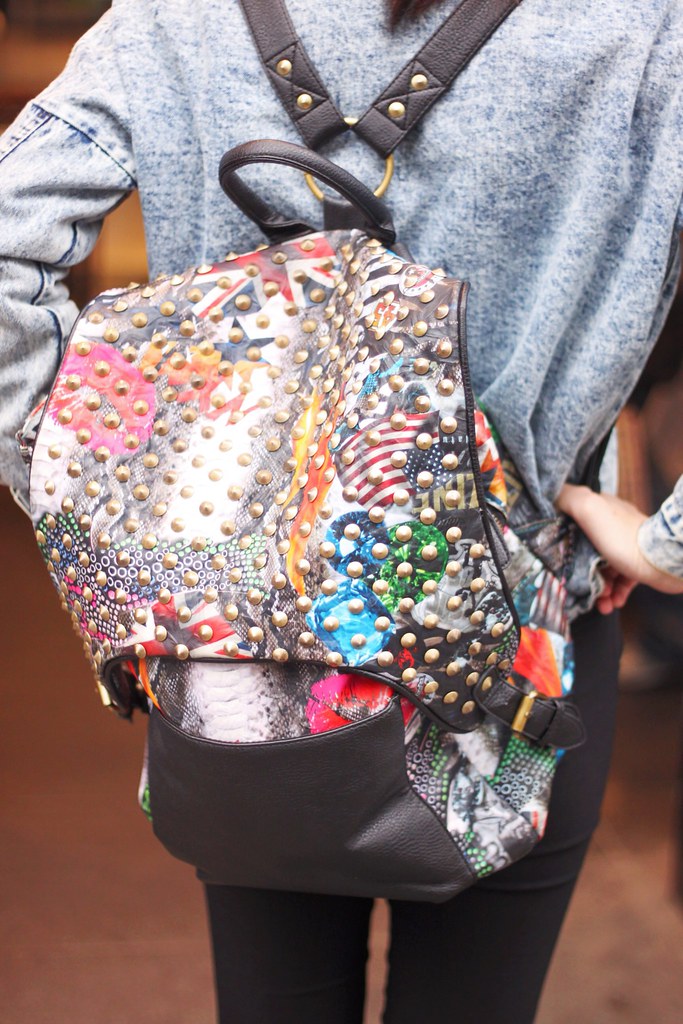 Fay is 22 years old and from Macao, but she is studying in Taipei, where I met her.

Fay was wearing a black long cardigan, a black dress, black tights, and black boots with the United Kingdom flag on them that she bought on an American website. Her complements were a black bag and a golden necklace, which she bought in China. 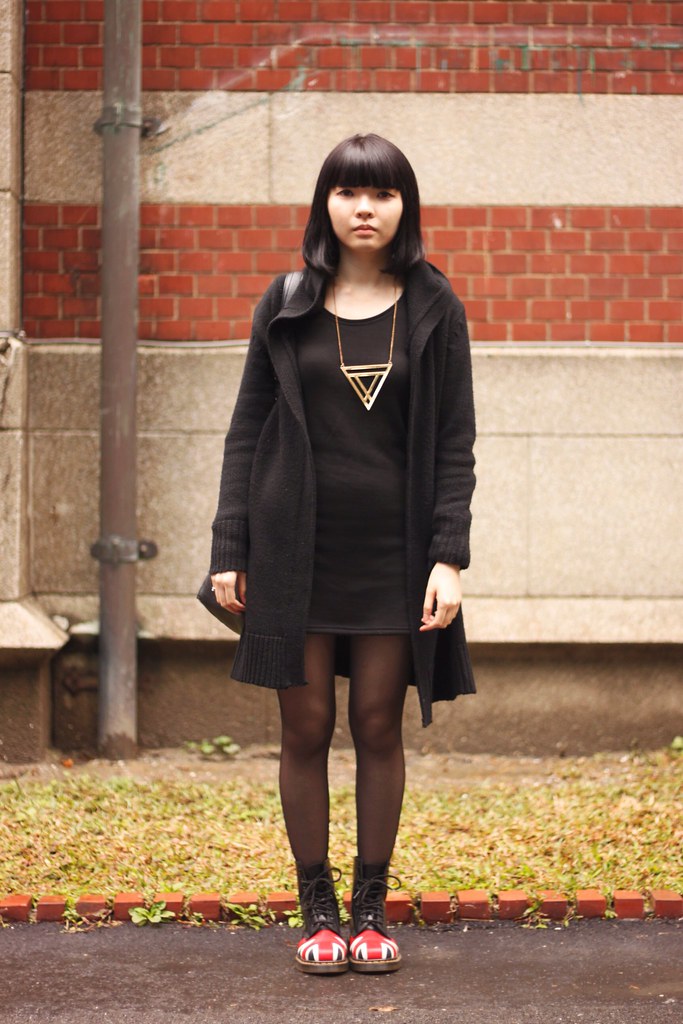 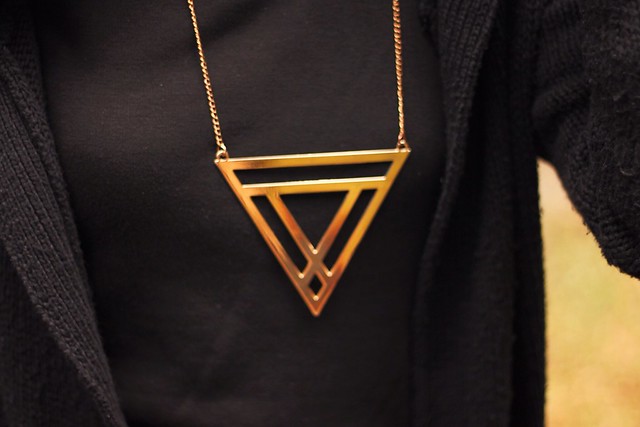 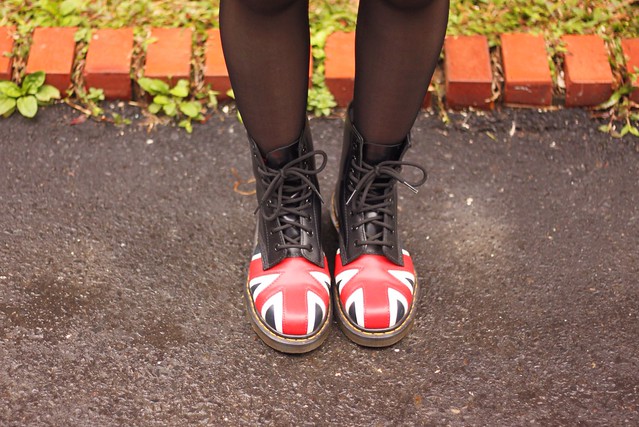 陳萱穎 is a 17 years old student in Taipei, and she was in the Zhongxiao Dunhua area with a friend when I met her.

She was wearing a black trench coat, a white shirt, a white skirt with a black pattern, and black platform shoes. Her complements were a long necklace and her camera. She told me that all the clothes are bought in Shilin night market. 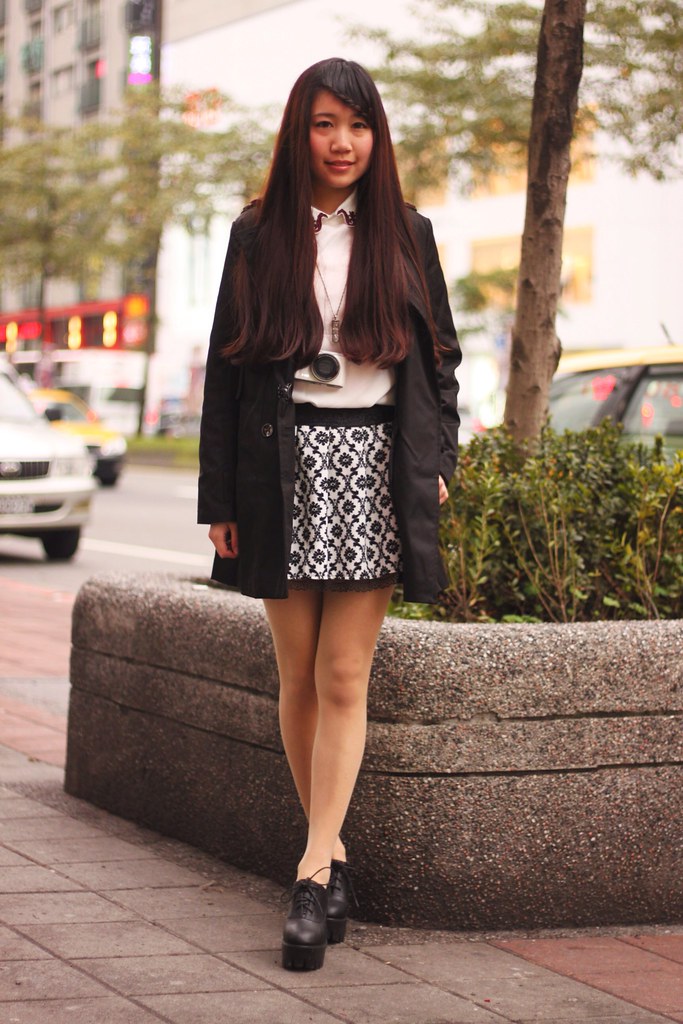 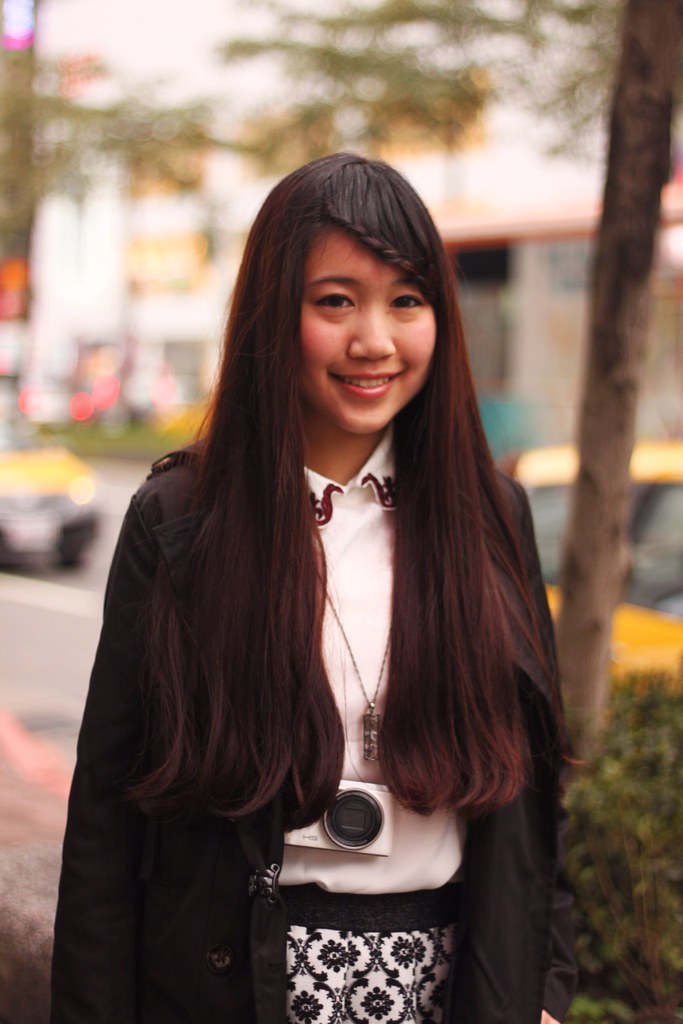 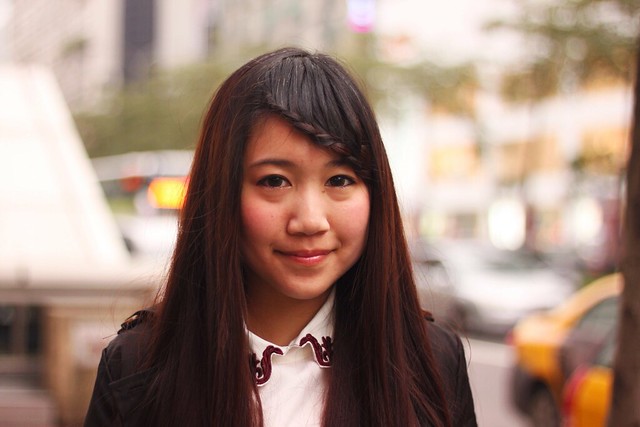 Vanessa is 24 years old and works in a hospital in Taipei. She was walking with a friend by the streets of Zhongxiao Dunhua when I met her.

Vanessa was wearing a white and blue long slub-knit cardigan, a black dress with lace on the top and tied at the waist, and black boots. Her only complement was a black leather bag from Rebecca Minkoff. 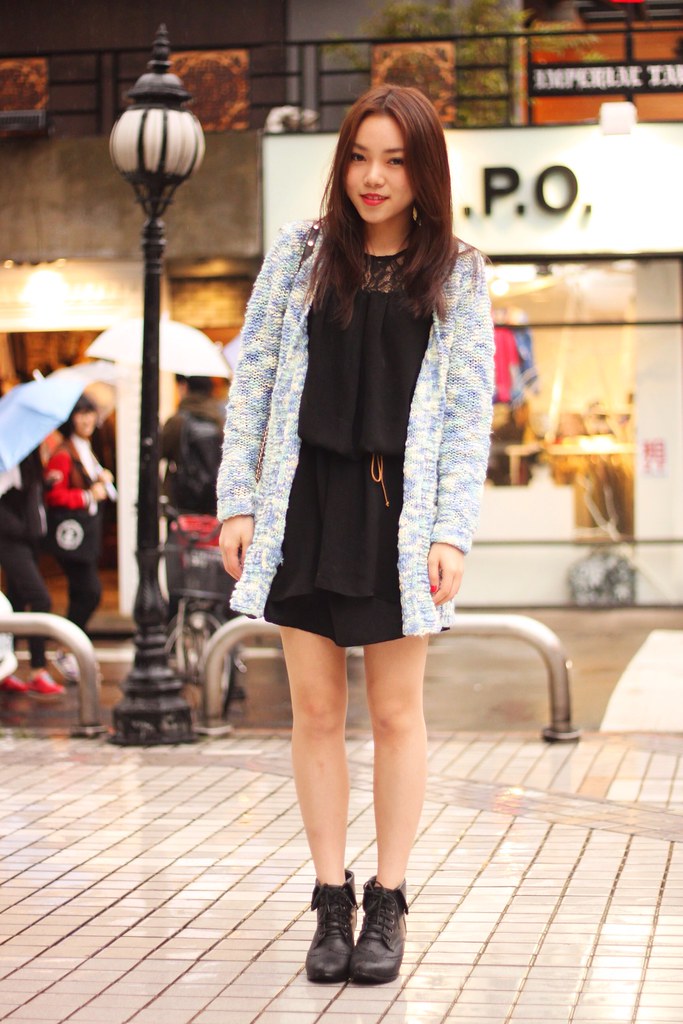 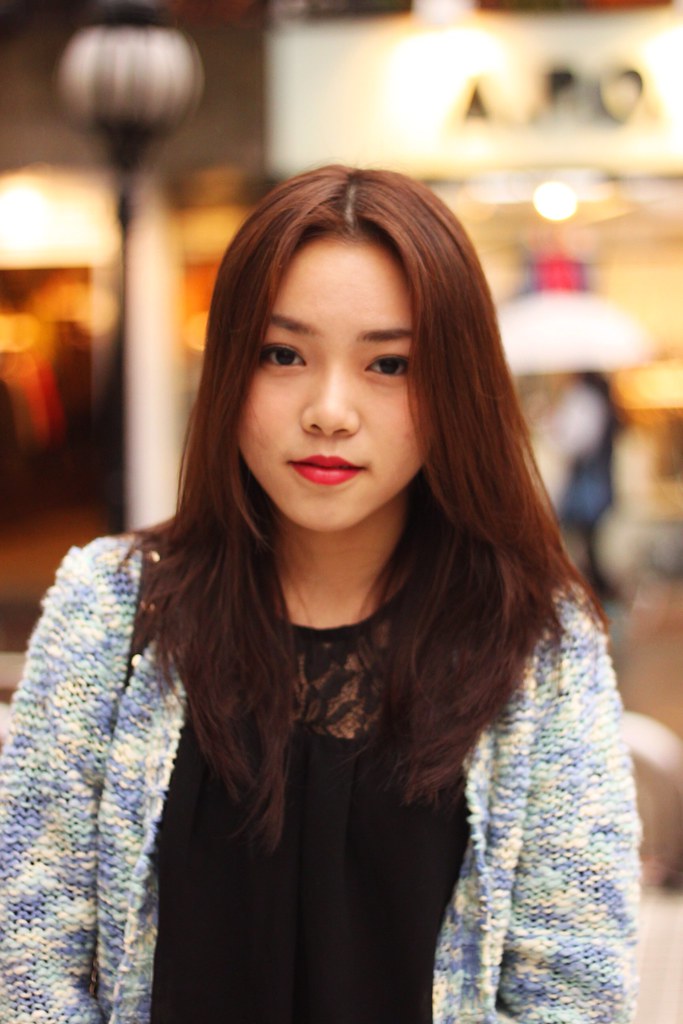 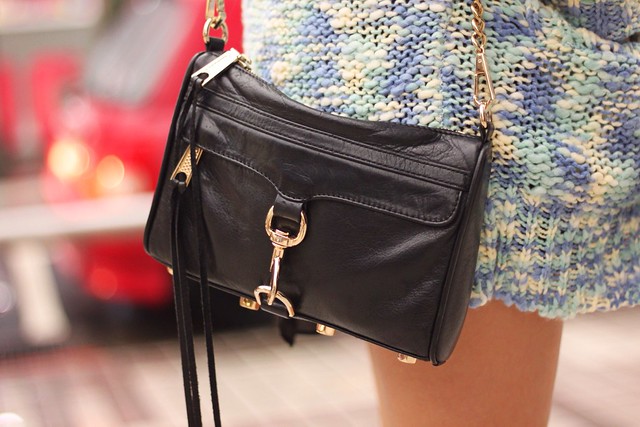 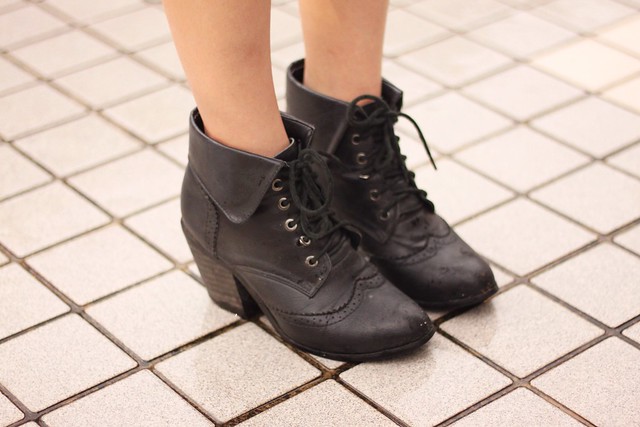