Interview to Elliy, from Loop Theory

Today I want to talk to you about Elliy. She is from Taiwan, graduated in Physics and Psychology at Yale University (USA), and she is the creator and designer of Loop Theory. Loop Theory is her fashion project and includes clothes and accessories printed with photos taken by herself. She calls it “Conceptual Design Inspired by Nature of Reality and the Universe.” 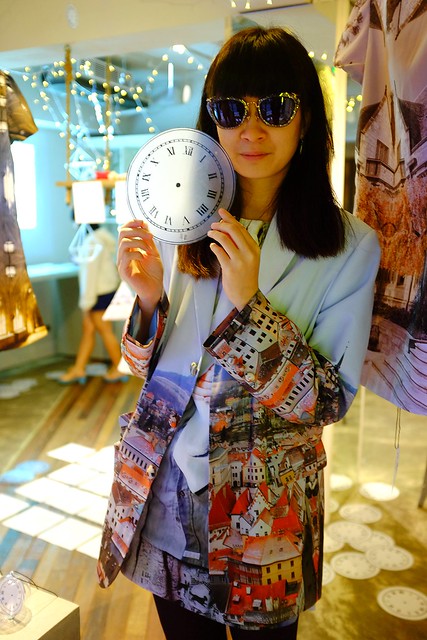 For a few months, Elliy is in Taipei and I had the pleasure of meeting her in a store that was hosting her collection, near the Shida nightmarket. I had the opportunity to interview her to talk in more depth about this project:


Please, tell me a little about yourself. Where are you from? What’s your educational background?
I am Taiwanese-American, born in the US, lived half of my life there, and half of my life in Taiwan, so I have always been a mix of cultures and values, not really entirely Eastern or Western. I studied Physics and Psychology at Yale University, not directly fashion related at all, but I believe that everything that I am interested in, and everything I am inspired to create is very much centered around a deep curiosity I have for the nature of reality, the mind, the universe, and existence.
What do you do?
Currently I run my own clothing line, Loop Theory, which is really a lot more of conceptual art creation than commercial clothing design, but in the next couple months I will be moving to Paris to continue graduate studies – in Physics! Then I will be a student-researcher of theoretical physics while continuing to create conceptually inspired art and fashion design. 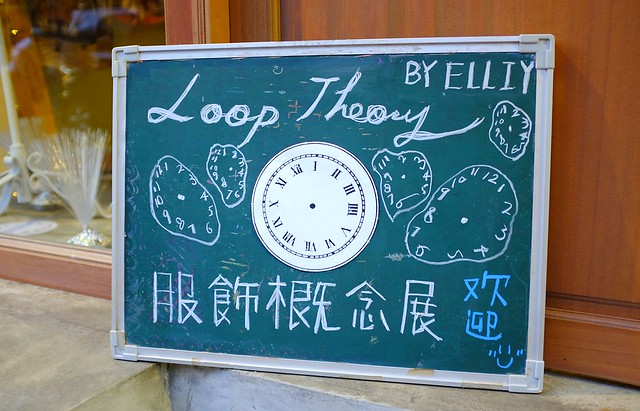 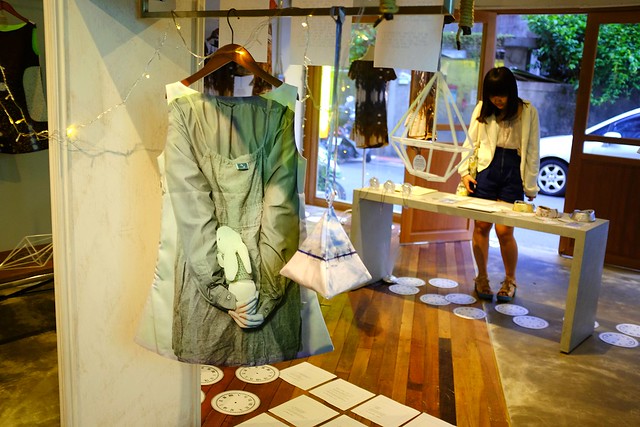 What does fashion mean to you?
I choose fashion as my media of art because to me it is the most immediate and personal form of expression – to wear something directly yourself. Like all other designers, I see fashion as expression of self and personal style, but here is where I would like to distinguish Loop Theory from any other clothing label – fashion does not merely mean beautiful visual appeal to me; the appearance is merely the surface of the story. More importantly, I want to use designs to convey a story that has much more depth than the way it looks – also the true value in people, which is so frequently overlooked in these days. 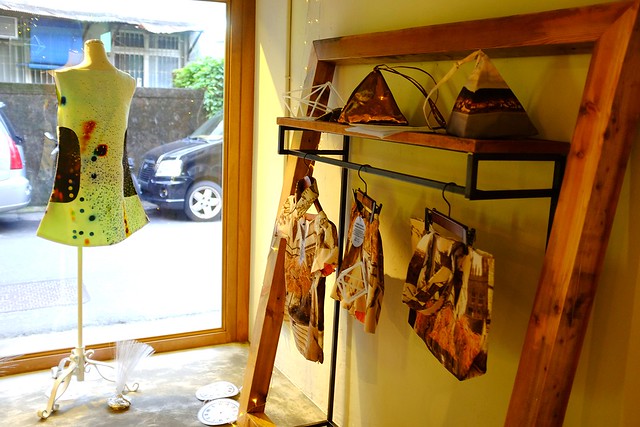 Who are some of your favorite designers?
To be honest, I don’t really follow any “favorite designers” – maybe that makes me not so much of a “fashion designer” per se? There are designs that I like here and there from many different designers, but I like the individual designs or the ideas behind the designs. I wouldn’t really say I have any “favorite designers” in the sense that I love all their work as a whole more so than those of other designers. I have favorite designs, and I admire the stories and ideals of various designers and artists, but there are no favorite designers – unless perhaps we count Albert Einstein as one? XD Einstein as the favorite sounds cliché, as he is of course, the most stereotypically famous genius, but he is truly inspirational to me not because he was obviously extremely intelligent, but he so readily imagined outside of the box, freely, with so much curiosity and no limitations. That is what truly inspires me to live – to be constantly discovering and breaking through boundaries that you didn’t even know you set for yourself and creating ever more freely, realizing ever more beauty in what is. 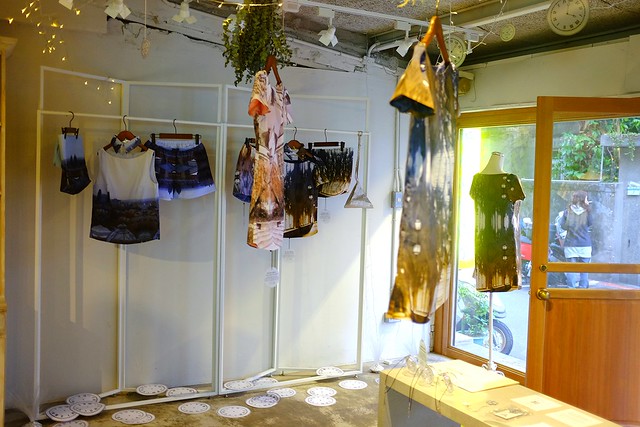 Where do you get your inspiration?
The question is “where”, then the “universe” – another word for “everywhere”. From everywhere, anywhere, but through a deep sense of musing, frequently “philosophical”, in the sense of abstraction and the constant questioning of what it means to perceive reality in the ways we do, rather than the academic sense of philosophical debate. Whenever the mind is still, one sees the deep, infinite, seemingly paradoxical mystery that is reality, the universe. What beauty could compare to the infinite? And it is only in the artist’s nature to genuinely desire to create for no other reason than the pure appreciation of the beauty of the universe, the same reason the scientist searches for more discovery, or the musician plays. In truly seeing anything in it’s more basic nature, how could anyone but be inspired?
Well, this is the direct answer, but it seems very abstract – in more concrete terms, a lot of my inspiration comes from thinking about reality with ideas from theoretical physics, particularly modern theories that make us pause and think – wait, how did I think I was perceiving the universe, how have I been used to seeing it, and how much infinitely more strange, absurd, inexplicable is it really? Inspiration also largely comes from my own subjective experience of living and perceiving back and forth between different cultures. 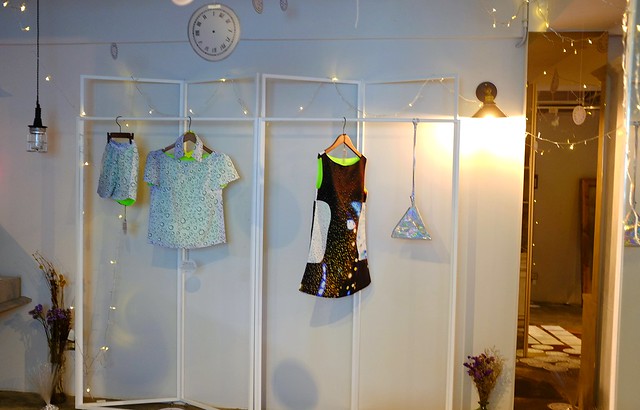 Do you get inspired by street style?
Yes, sometimes I see people dressed very interestingly on the street, and seeing creativity always inspires me to want to dress uniquely as well, just in seeing any inspiring work of art, you may also feel compelled to create something of your own.
Which are your favourite colours/fabrics/prints to work with and why?
All textiles designs of Loop Theory are original and designed from photographs taken personally in different parts of the world. Each place used in the textiles has some sort of personal significance and is somewhere that I have lived in or visited with fond memories. Each set of textiles in each collection signifies a particular theme, for example, in the latest collection, Binary Universe, halves and halves of sceneries from different arts of the world are combined into freely mix-matched asymmetrical dresses to convey the idea of mixing cultures, values, and perspectives in our modern world. 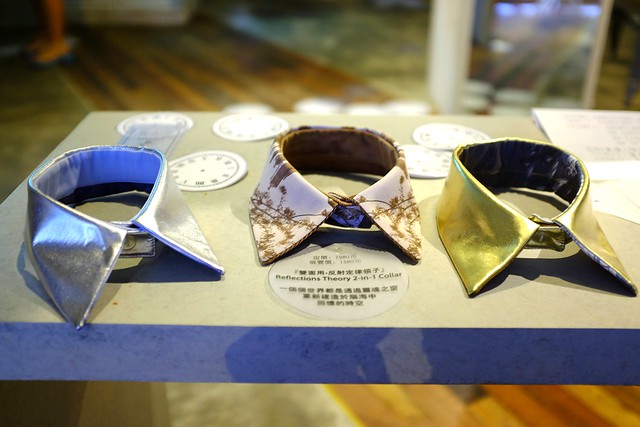 Favorite place in Taipei:
Probably the riverside park close to where I live, right beside the airport. There is a particular section with a large field of grass – actually quite odd to find in a compact city like Taipei – where you can run freely bare-footed on the grass, look up at a sky that is wide enough for you to instantly feel the vastness of the universe, and watch planes taking off every now and then.
What are your thoughts on fashion in Taipei right now?
People in Taipei are very stylish indeed, but in general I wish there were more confidence in individuality rather only trend following. I hope that fashion can be a media for people to express themselves and their ideas openly, rather than a standard that people think they have to follow in order to be seen or not seen in a particular way. In general trends are quite visible in Taipei, and I think it is also due to the say popular media and magazines portray the image of standard beauty, and I have nothing against anyone who genuinely delights in dressing up with the latest new thing – that is great when people genuinely enjoy it – but what I do not like is the converse of that – that unless you look or act a certain way, then you are seen as something that has little to do with who you are. In general young Taiwanese people do have their own ideas and know what they want, but there are a lot of subtitles that are not so easily seen unless one has lived from an outside perspective – something that is true of any culture, not just Taiwanese, but also American or from any society in the world. This is why it is very important to me that I create something that may inspire people to question and push the boundaries of what they are used to thinking of as the “norm”. 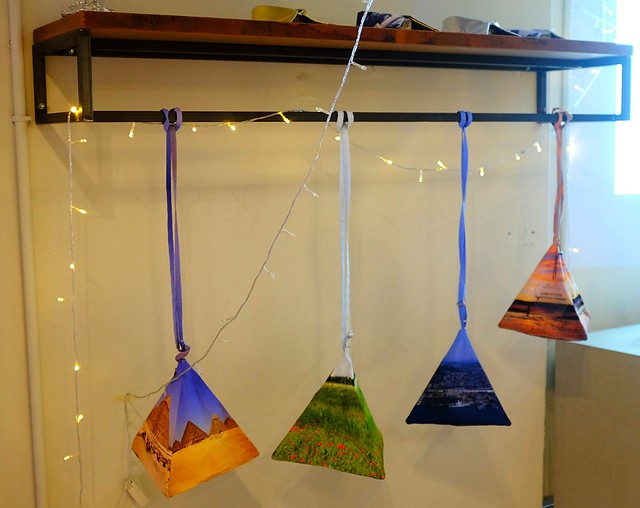 Which are your plans for the future?
I will be pursuing graduate studies in Theoretical Physics in Europe starting this September. One year in France, and one year in Italy. I will be bringing my line and my creativity to Europe with me and seeing where life takes me from there. In the future, Loop Theory‘s creations will probably take on a more art, rather than commercial orientation in fashion. I plan to showcase my designs in more exhibition-like formats, where the audience may more readily and intimately experience the ideas behind the creations, which is more difficultly done in an ordinary clothing shop setting. Ultimately through my different identities in what I do and what I am passionate enough, I hope to inspire people to truly be themselves, do what they truly love, and truly feel inspired to live.
Where can readers buy your creations?
Online – http://loop-theory.com
Pinkoi – http://www.pinkoi.com/store/looptheory
Or place any order or custom requests through messaging the fan page – http://facebook.com/looptheorybyelliy 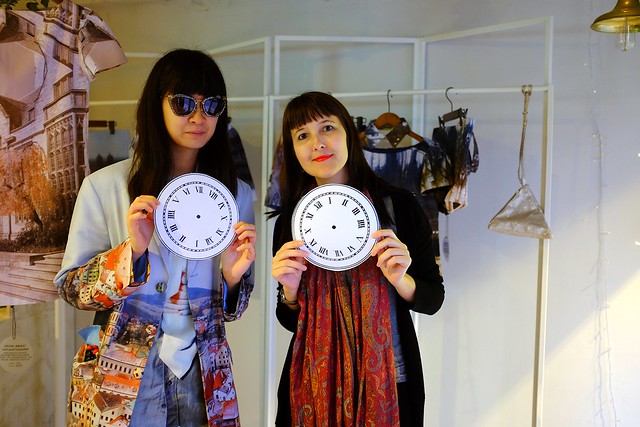